In Episode 2 of Series 6 (US Season 3), the three challenges focused on biscuits.

The bakers are give two hours to make 24 identical biscotti in a flavor of their choice. Biscotti hail from Italy and the name translates to “twice baked,” a process that gives the cookie its crunchy-but-not-too-crunchy texture.

The bakers are given 2.5 hours to make Paul's arlettes, a thin crispy wafer made from a laminated dough. The recipe left out some important details, including how thin to make each slice and in which layer to include the cinnamon sugar.

The technical bakes were ranked as follows:

The bakers are challenged to make 36 biscuits presented in a biscuit box of a different variety. The judges note that theses showstoppers should have uniform biscuits, and unique flavors, and impressive architecture.

Marie was eliminated and Ian was named Star Baker.

Flora: "I am just stressed. It's biscotti. Why is biscotti stressful?"

Sue: "Okay, bakers. That's time up. If you would like to move your bakes to the end of your benches and just funnel them into my open mouth. Thank you."

Paul-mary-judge-biscuit-boxes-S6-Ep.jpg
Paul and Mary critique the biscuit boxes as Mel and Sue look on. 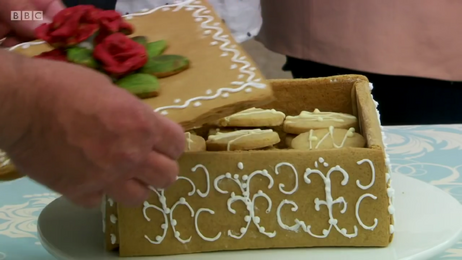 Close up of the piping and floral decoration on Marie's Russian Box. 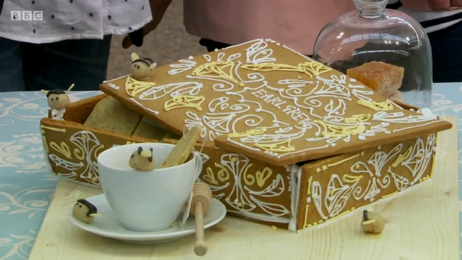 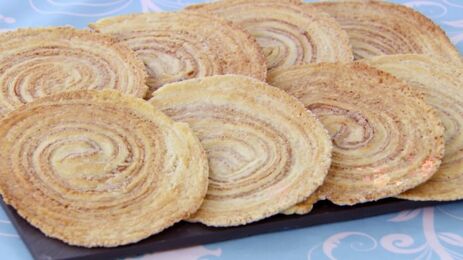 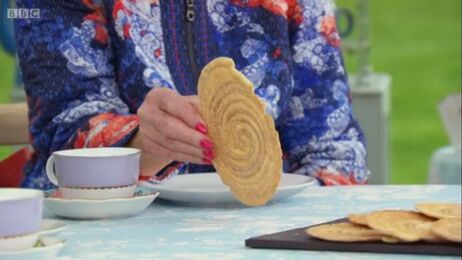 Mary discusses the proper size, shape, and texture for an arlette.
Add a photo to this gallery
Retrieved from "https://gbbo.fandom.com/wiki/Episode_2_-_Biscuits_(Series_6)?oldid=4670"
Community content is available under CC-BY-SA unless otherwise noted.