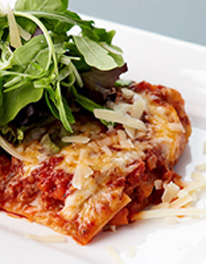 Can be made up to 48 hours ahead, covered and kept in the fridge. Freezes well before cooking.

Retrieved from "https://gbbo.fandom.com/wiki/Bolognaise_Lasagne?oldid=4697"
Community content is available under CC-BY-SA unless otherwise noted.